The impact of the influential trial bar is a serious problem in Louisiana. This takes many forms, but for the most part it comes down to one issue:

What is lawsuit abuse?

You’re in a car accident and you see a trial lawyer advertisement urging, “If you’ve been in an accident CALL NOW.” You call, and the firm encourages you seek a large settlement by taking the insurance company to court.  The insurance companies are forced to pay enormous legal costs which are reflected in the exorbitant rates that all Louisiana drivers must pay. When lawyers get involved, the fees quickly add up – and Louisiana drivers are left to pick up the tab. How is that fair?

And who is most responsible for lawsuit abuse?

Wealthy trial lawyer firms that contribute anywhere from tens of thousands to more than a million dollars to candidates and their Political Action Committees (PACs). 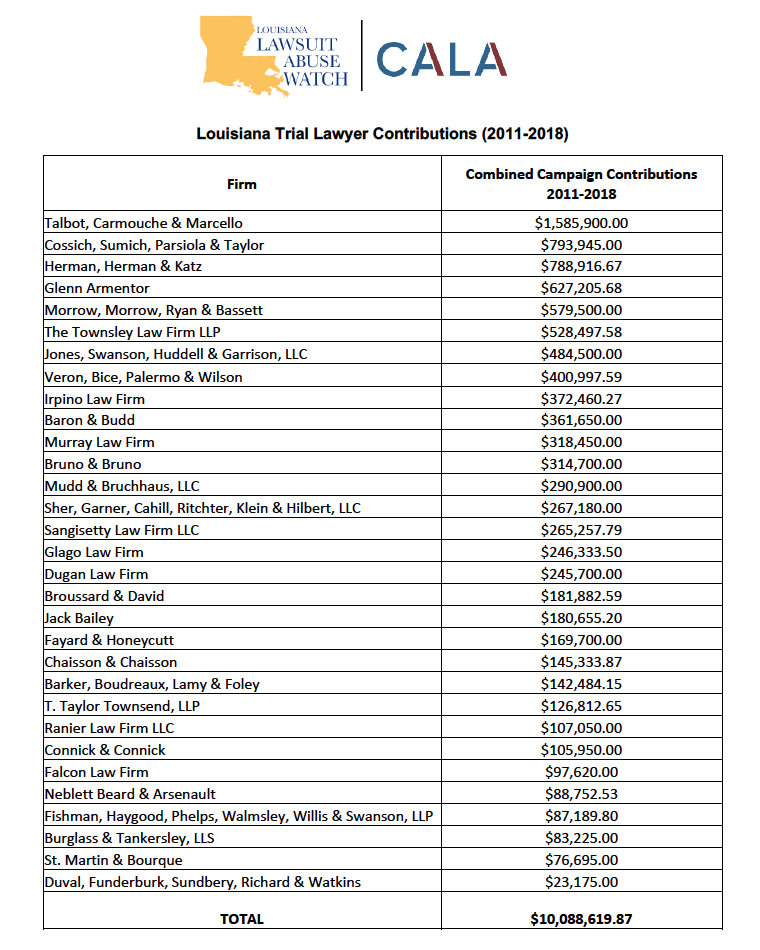 Why politicians haven’t put an end to lawsuit abuse? Following the money will show us that trial lawyers donated large sums to politicians such as…